Yeti is an award-winning series of power banks plus solar generators from Goal Zero. Yeti 150 and Yeti 400 are actually low-end variants of Goal Zero’s Yeti lineup, which has also got a top-tier variant also called Yeti 1250. This Goal Zero Yeti 150 Vs 400 comparison will give you complete details about the models.

Basically, all variants in the Yeti series are just power banks that you can charge from either grid power or car socket. But added with Goal Zero’s Nomad and Boulder series of solar panels, they become awesome solar generators.

As you can see, Yeti 150 is the bottom model with overall output of 150Wh. Meantime, Yeti 400 is the middle variant that is capable to deliver 400Wh of energy. Both the gadgets are equipped with powerful batteries to store enough energy for all your outdoor or emergency power requirements.

We would like to begin our Goal Zero Yeti 150 Vs 400 face-off with a look at their overall size and design. In terms of style, as you see in the above picture, there is no difference at all. Both models are exactly same, but they are different in size, depending on their innards since they are products with different power.

It is the area where Yeti 150 and Yeti 400 become different products. The former one is up with an overall capacity of 150Wh and the battery inside is 12V 14Ah unit. Meanwhile, the latter model is built with 400Wh capacity and that is equipped with a 33Ah 12V battery.

For output, both models feature a pair of USB ports, a 12V unit and AC unit (two AC for Yeti 400). When it comes to application, Yeti 150 is ideally meant for small gadgets only like phone and tablet, while Yeti 400 is also fit for CPAPs, TVs and light-ups.

AS you know, the entire Yeti series is designed with three ways of charging; grid, car and solar. Being a solar blog, we discuss solar charging only. For solar charging, Goal Zero recommends as many as seven models of its Nomad or Boulder solar panels for both models. For a comparison, if you use Goal Zero’s 20W Nomad 20 solar panel for both, it will take around 30 hours for Yeti 150 for full charge, while Yeti 400 will take around 50 hours.

Getting through the customer reviews the Yeti models received on various websites for this Goal Zero Yeti 150 Vs 400 face-off, we came across that both models have nearly same popularity. There is almost equal number of customers for both the Yeti solar generators. 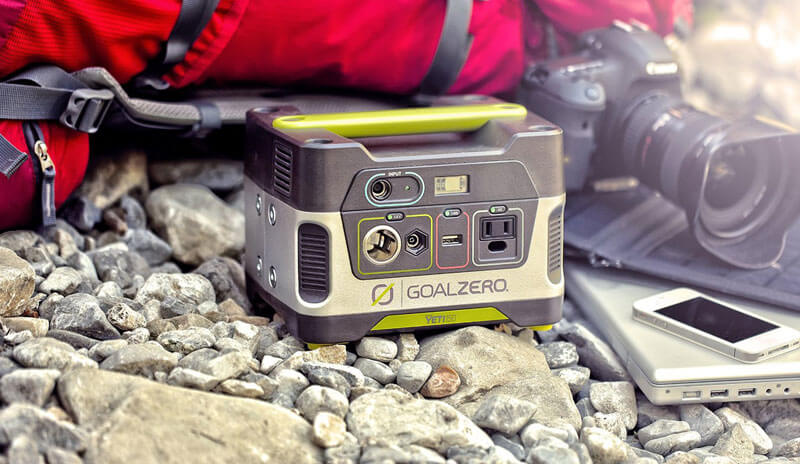 Hope you have enjoyed our Goal Zero Yeti 150 Vs 400 comparison. We have just come across general details about the Yeti’s low-end models here. For more detailed reviews, you can move to their Amazon pages and get direct customer reviews. In short, both models are perfect picks for camping, hiking and emergency uses. Once you get trapped in an off-grid situation, the Yeti 150 or 400 will be your great companion with unlimited power.